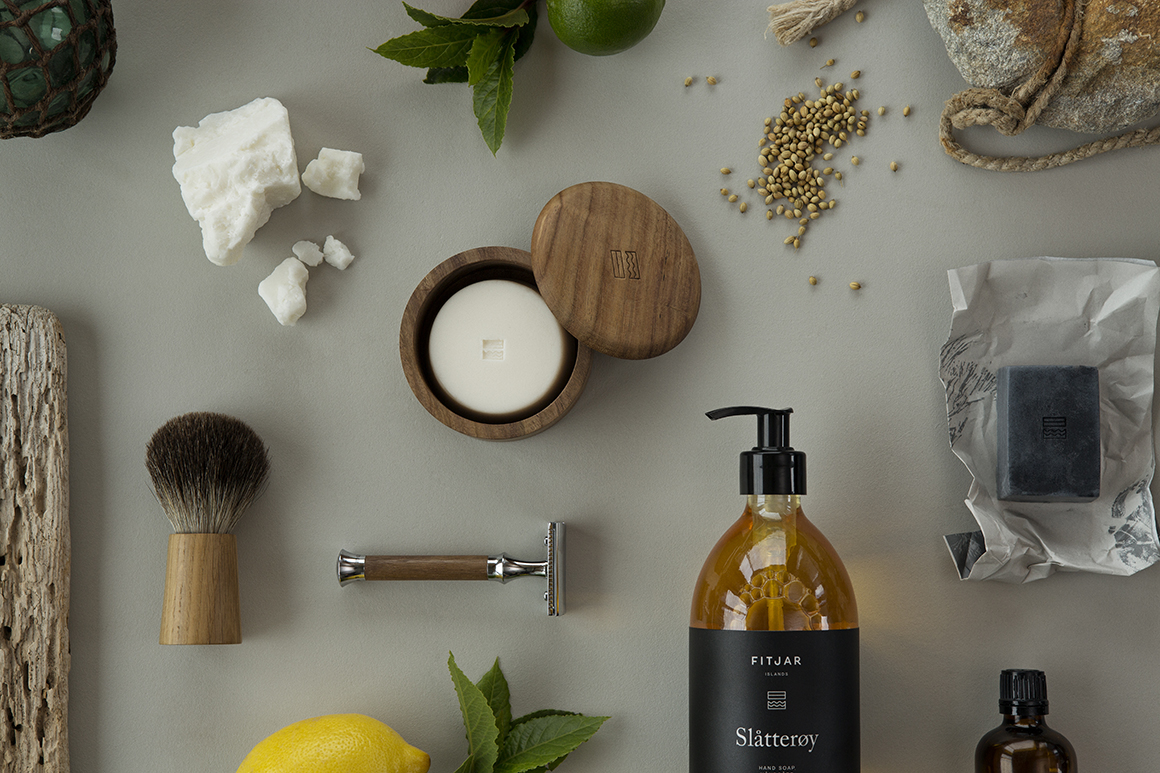 Slåtterøy is the name of a lighthouse just west of Fitjar. We can see the beams of light from the lighthouse sweeping across the night sky, two sweeps every 30 seconds. Lighthouses were the guiding light of seamen of old. Fitjar has a long tradition of seafarers, and many youngsters set out to sea at an early age. A family story goes like this: “My husband’s big brother went to sea when he was 15, and was away for 18 months before returning home. When he came home, he brought gifts: soaps, aftershave, perfume, among other things. My husband got a bottle of aftershave, in a blue bottle. He treasured that aftershave and kept it long after the bottle was empty, and still remembers the thrill of the gifts from afar, the whiff of overseas, kindling a sense of wanderlust and adventure.”

Slåtterøy is our interpretation of a bay rum fragrance. As a true exotic fragrance, Slåtterøy brings you bright notes of cheerful citrus and woody spices. Initially, you will be uplifted by the invigorating sparkly lemon and lime, then you will enjoy the lingering undertone of the spicy base notes.